The Future of Agriculture — Smart Farming and Automation

With a steady and seemingly unstoppable increase in world’s population, agricultural sector faces a number of difficult problems. To feed almost 8 billion people, farmers must make optimal use of resources, such as farmland and water, while also managing the issue of shortages in seasonal labor. This uniquely complex set of challenges can only be solved through systematic and holistic approach — and this is where automation can help the most.

The Mechanization of Farming

The mechanical advances have always played an important part in agricultural development. Nevertheless, prior to the industrial revolution, farming was still based mostly on manual labor. In the early 19th century the inventions of semi-automated reaper and cotton gin paved the way for greater transformation, though even then the industry still relied heavily upon horse- and man power. The popularization of gasoline-powered tractors in 1910s and 20s marked a crucial change in this dynamic: by the 1950s there were more than 3.4 million tractors used in farming in the US alone, while the number of farm horses dropped to 4 million. It was only a matter of time, before draft animals became completely obsolete and it appeared as though their human counterparts would meet the same fate. This, however, was not the case.

Even mechanized, farming would still remain a distinctly human occupation. While the machines could replace human hands and animal hooves in some operations, many others required a level of sophistication they simply could not attain. Harvesting fruits and vegetables, for example, always relied on visual orientation in space, recognition of specimen ready for harvest, and manual handling of objects — a bit much for limited capabilities of agricultural machinery of yore. However, the belief, that even though machines can be useful in the field or the orchard, they would never replace their human operators, could not be more wrong. With the advancement of robotics and AI-related technologies, such as image processing and object recognition, what once seemed as completely unfeasible, is now becoming a reality.

Robots in the Field

After long years of farming mechanization, the time has come for a next big step: automation. The experts predict that by 2050s the amount of food produced per annum will have to increase by 70% to satisfy the needs of the expected 0.7-billion-strong human population. With calls for sustainable use of farming land and water, as well as the urbanization of world’s populace lifestyle which leads to shortages in seasonal labor, the farmers are slowly turning towards more advanced solutions to optimize the production process — smart farming and precision agriculture.

Both these terms refer to a process of integrating cutting-edge technologies into agricultural practice. These include solutions from three main categories, autonomous robots, drones and IoT (e.g. sensors and other modules designed to analyze environmental conditions), and can be applied in a variety of operations, ranging from seeding to harvesting. Currently, there’s a number of companies working on robotic innovation for farming. Some with great results: Abundant Robotics managed to automate the process of apple harvest by using a vacuum instead of graspers, and Agrobot successfully introduced a robot designed to gently pick strawberries. At Contee, we are currently hiring for a similar project: the automatic asparagus harvester combining state-of-the-art image processing software and precision manipulator allowing the machine to both recognize the mature asparagus and harvest it without causing damage to adjacent plants.

The introduction of these advanced solutions resembles the early 19th century transition from handheld tools to semi-automated machinery. As with the reaper and cotton gin almost two hundred years ago, so now, the prototypes of autonomous robots and rovers slowly but steadily make way for a revolution in farming. In the next few decades we can expect the numbers of robots roaming our fields to grow — and for those who’ll decide to make this inevitable change sooner than later, the benefits are already here for the taking.

As you can see, automation is a subject worth exploring — especially since it’s said to be the future of both business and industry. To learn more about its practical applications take a look at our case studies and see how our teams at Contee helps business bring about the actual change. 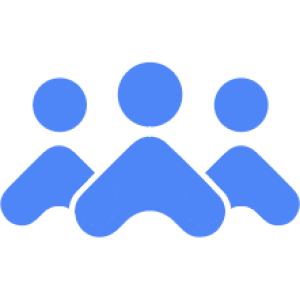